In 2011 electronic composer Peter Zinovieff and I wrote a half-hour performance piece for computer and voice, about the 3,000 year old Uffington White Horse in Oxfordshire. Our piece, called Horse, was commissioned for Between the Ears on Radio 3, and recorded in performance at Sage Gateshead as part of the BBC Radio 3 Free Thinking Festival. It was subsequently published as a limited edition artist’s book and CD, with fabulous illustrations by Olivia Lomenech Gill.

Horse is a site-specific piece and I always hoped that it could be performed in situ. Peter and I think of it as a voice of that Uffington landscape, mysterious and powerful.  I am now working on a proposal to make that vision happen. My aim is to use the dramatic sculptural landscape around the Horse as part of the performance, and to work with Uffington and the surrounding villages to produce an event rooted in the local community.

In November, with generous support from the fantastic Double O charity, I visited Uffington, where I worked with every child in the school and, with the support of the Parish Council and Thomas Brown’s School Museum, produced a small-scale performance in the village hall. The aim was, first, to see whether Peter’s and my interpretation would resonate with the knowledge and experience of those who know and love that landscape; and, secondly, to elicit people’s response to the idea of an outdoor performance, and find out whether, with community involvement, it was worth taking forward

The visit was a resounding success. The children at Uffington Church of England School, under Mrs Bradbury’s inspiring headship, were a joy. I held seven hour-long poetry writing sessions, one for each of the year groups, from the tiniest 4-year-olds in Reception to Year 6. In total I worked with 110 children. Their poems in the voice of the Horse were imaginative and moving: ‘I got my eye from a beady-eyed bird.’ ‘My head came from the Big Dipper.’ ‘In my chalk heart I have many secrets.’ ‘My eye looks forward, away from gory decades and into great futures…’  ‘I have been through many things, / My darling girl, what do you think my heart is?’

The village hall performance took place on the evening of Wednesday 14th November to an audience of 34 people. I was delighted by the response, which was extremely positive. After it, we held a short public discussion of the plan for an outdoor event, including, as a possible precursor to the performance, a procession through the landscape involving children and local people. At the end I asked for a show of hands in support of the outdoor event. It seemed as if every hand went up. I also invited anonymous written comments. Some of these included:

‘You have expressed in your poem everything I feel about the Horse and its ritual setting on the downs. It is a very special landscape for me.’

‘The words and music made me see the White Horse in a completely different way…I was able to look out over the landscape and see seasons and centuries pass. Great idea to put it on in the Manger.’

‘Visceral, masculine, deeply earthy. Love the idea of a show in the Manger.’

‘I felt like I was listening to it being made.’

‘It is a very beautiful piece…Music and poem sound amazing together. I definitely think it is a good idea to have this performance outside.’

‘Your presentation was excellent, clear and exciting…Equally interesting was the music, exotic and challenging and inspiring concrete images to accompany the words.’

‘Love the idea of the event!’

The public discussion covered many practical suggestions which we now have to consider before taking the idea forward with our supporters, who include the National Trust (in-kind support) and our principle funders, the Double O charity. We have established good contact with Britchcombe Farm, who farm the hill and run a wonderful camp-site and tea room. Thanks to people in Uffington, we have now also made contact with Friends of the Ridgeway and the Ridgeway National Trail and Ridgeway Partnership, each of which has expressed interest and made very helpful suggestions.

White Horse Productions, the unincorporated not-for-profit ‘micro-association’ set up to manage Horse, will continue to take the project forward and to seek further funding in the New Year.

In the meantime, my huge thanks once again to everyone who made my recent visit possible: to Uffington Parish Council, Uffington Church of England School, Thomas Brown’s School Museum, to all my new friends in and around Uffington (you know who you are!) and – especially – to the Double O charity. Thank you!

For anyone interested in catching up with my other work, please click on the ‘archive’ section to the right or below this text. You’ll see that 2018 has been a busy year. School projects have included ‘Imagining the Sun’ at Newcastle’s Lit and Phil, the Poetry Society’s ‘Free Thinking for Schools’ at the BBC Radio 3 Free Thinking Festival at Sage Gateshead, and November Club’s ‘Imaginary Museum’ with Tweedmouth Middle School, Berwick Museum and the Lit and Phil. I’ve given talks from Berwick to Cullercoats about women’s role in the Northumbrian fishing tradition, spoken on Radio 4 about the Northumbrian dialect, and begun to learn about Antarctic ice for a forthcoming NUSTEM science-and-arts project, ‘Exploring Extreme Environments’. Other highlights have included bringing ‘Sun’ to Durham Festival, leading a ‘Poetry of Place’ writing course at Dartington International Music Festival, and performing with folk fiddler Alexis Bennett in Dartington’s Great Hall, with Gloucestershire poet Patrick Mackie in Barter Books, Alnwick, and with Dr Keith Armstrong and a variety of poets from NE England and Tuebingen, Germany, at the launch of the Word Sharing anthology in Durham.

This year’s most exciting project arrived in early summer, when an idea which I submitted with Peter Zinovieff was selected as one of 10 prize-winners in a national competition to produce new memorials for Historic England’s ‘Immortalised’ exhibition in London in September. For this, Peter and I created a five-minute audio memorial to the Northumbrian fishing community, called The Long Line.

Next year promises to be equally busy, with further work on Horse, more collaborative science-and-arts projects, a second ‘Poetry of Place’ course at Dartington, and – in November – the publication of Edge, my latest poetry collection from Bloodaxe. Please watch this space!

In the meantime, thank you to anyone who has read this far. Wishing you all the very best for the coming Solstice, Christmas season and the New Year. 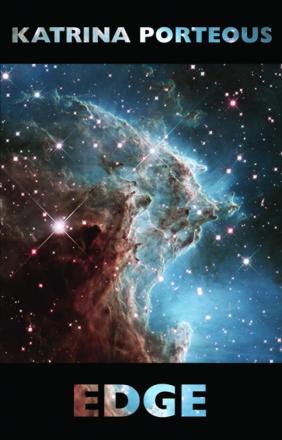